You may be asking yourself the question, “What is a trend and how long does it last?” There are countless numbers of trends, but before the advent of intraday charts, there were three generally accepted durations: primary, intermediate and short-term.

The main, or primary trend (Figure 1), is often referred to as a bull or bear market. Bulls go up and bears go down. They typically last about nine months to two years with bear market troughs separated by just under four years. These trends revolve around the business cycle and tend to repeat whether the weak phase of the cycle is an actual recession, or if there is no recession and just slow growth. 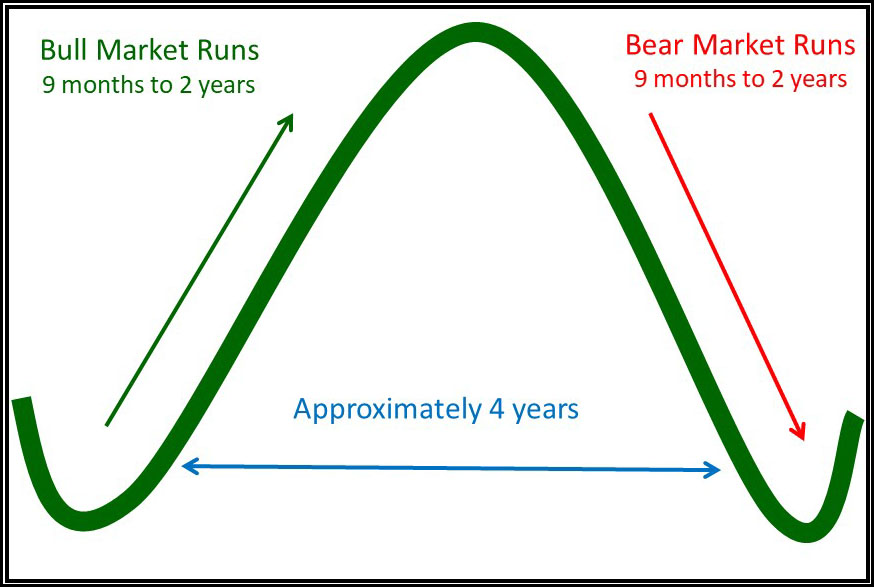 Primary trends are not straight-line affairs but are a series of rallies and reactions. These series of rallies and reactions (Figure 2) are known as intermediate trends. They can vary in length from as little as six weeks to as much as nine months, or the length of a very short primary trend. Intermediate trends typically develop as a result of changing perceptions concerning economic, financial, or political events. It is important to have some understanding of the direction of the main or primary trend because rallies in bull markets are strong and reactions are weak. On the other hand, reactions in bear markets are strong and rallies are short, sharp, and generally, unpredictable. If you have a fix on the underlying primary trend, you will be better prepared for the nature of the intermediate rallies and the reactions that will unfold. In turn, intermediate trends can be broken down into short-term trends, which last from as little as two weeks to as much as five or six weeks. They are shown in Figure 2 by the dashed lines. 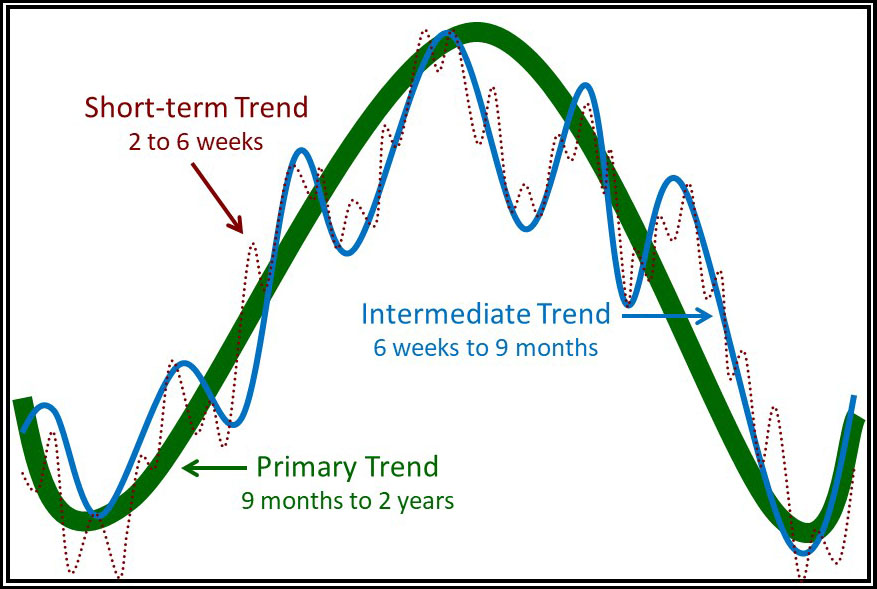 Since all three trends discussed are shown in Figure 2, there are a couple of points worth making. First, as an investor, it is best to accumulate when the primary trend is in the early stages of reversing from down to up and liquidate when the trend is reversing from up to down. Second, as traders, we are better off if we position ourselves with the long side in a bull market since that is when short-term uptrends tend to have the greatest magnitude. By the same token, it does not usually pay to short in a bull market because declines can be quite brief and reversals to the upside unexpectedly sharp. If you are going to make a mistake, it is more likely to come from a counter-cyclical trade.

If you’re an intraday trader, you may think all of this does not apply to you, but really, it does. It is important to remember that even on intraday charts, the predominant trend determines the magnitude and duration of the shorter moves. You may not feel a three-hour rally is closely related to a two-year primary bull market move, but it is just as related as a five or six-day trend.